How Would Installing a Fence Impact Your Home's Value? 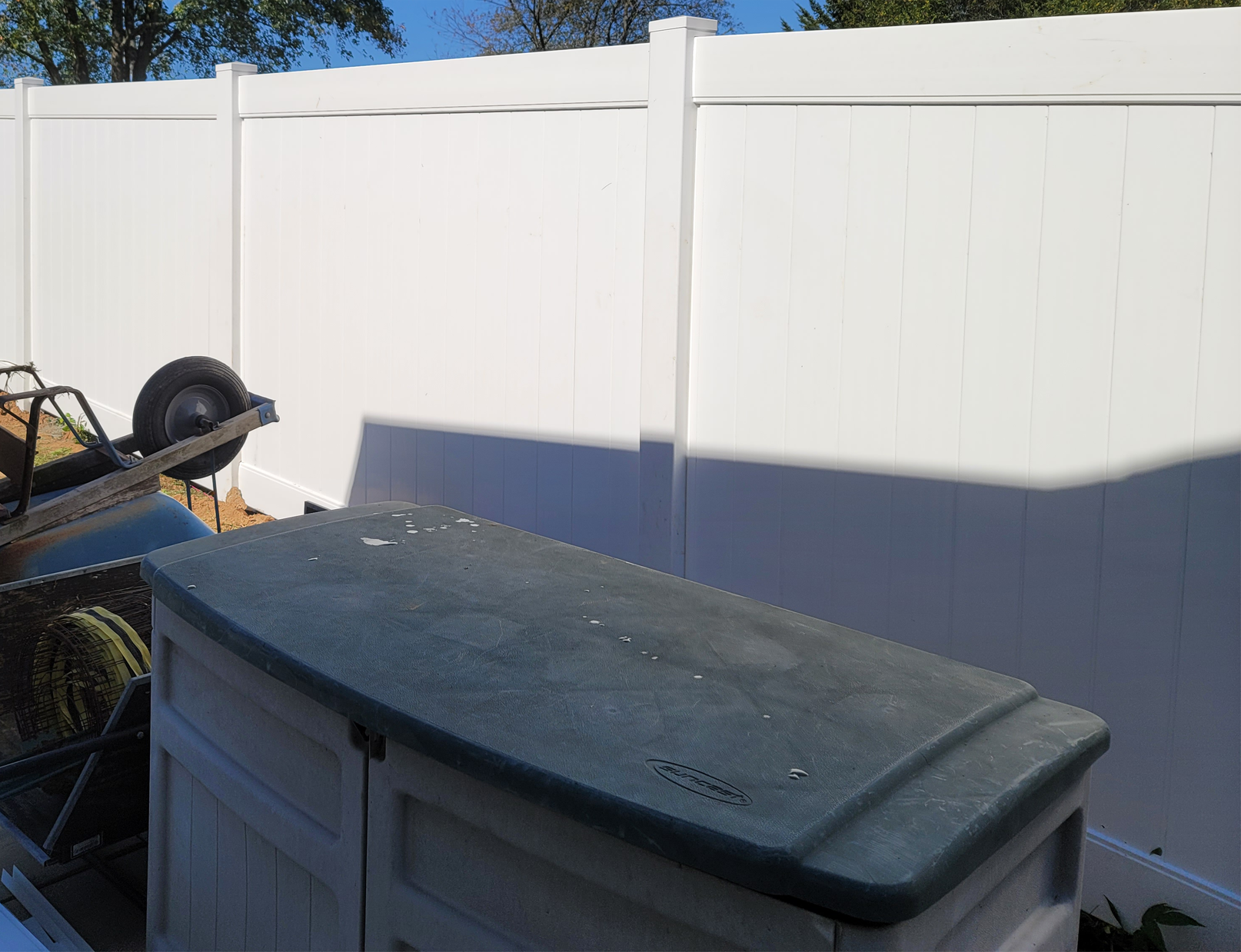 So, since becoming a homeowner, you've probably had a ton on your mind. Who could blame you? This could be one of the largest investments you ever make. With that being said, home improvement projects pose an interesting dilemma.

On the one hand, you could make your home exactly how you would like.

On the other hand, you could try to boost its value. That way, once you decide it's time to sell, you'll make even more on your investment.

However, from our perspective, we'd prefer to pursue both. For that matter, in most instances, such a thing is possible. However, depending on where you live, prudent choices must be made.

So, how much of an impact would a fence have on your home's value?‍

‍
Selecting the Ideal Fence for Your Property

‍
First, to answer that question, we will need to examine which kind of fence it will be. In certain areas, specific fencing boosts value even more than it would in others.

However, without having more information about where you live, it'll be tough to tell.

‍
Still, in general, we can summarize a bit of information about them. That way, while you compared to different options, you've got to the most important information at hand.

What Matters to You the Most?

Okay, with those options in mind, you've got to make a decision. Most of the time, based on these factors, you'll locate the most prudent option. In general, the best option would be whatever appeals to you the most.

However, depending on your preferences, that could change. Sure, on a particular day, one of them might appear to be more suitable than the others.

Nevertheless, once that day passes, something else might catch your eye.

Generally speaking, we would write down a list of our most important criteria. That way, when we went shopping, we do have something to use as a guide.

Otherwise, keeping all of these things at the top of our thoughts might get pretty difficult.

‍
First and foremost, you've got to think about how those things would look in front of your house. Of course, when you are looking at them on the showroom floor, things might appear to be a certain way. Upon returning home, things might look a whole lot different.

Remember, when you are in a showroom, lights are set up to be as appealing as possible.

So, until you've seen how things look at your place, hold a few reservations. That way, if you aren't satisfied with the final results, returning things won't be so disappointing.

‍
Following the aesthetics, you should consider how much things would cost. Well, you could avoid such thoughts. However, how would you feel at the end of the day if you couldn't afford whatever you found?

For us, that would be even more disappointing than anything else.

So, to avoid such a catastrophe, we keep those prices in mind. By doing that, before you reach the checkout lane, you'll know how much to expect. As a result, such disappointments won't be nearly as common.
‍

‍
Besides the upfront price, you've also got to consider how much it will cost in the long run. Sure, you could install a wooden fence. Then, you could let it sit there for years. However, once you decide to sell the home, such a fence wouldn't add much value to the place.

Since it had been left sitting there for so long, it would have been deteriorating for that entire time.

Thus, once someone came to check out the place, they would've noticed how deteriorated it had become. Such deterioration isn't written in stone, however. So, if you'd like to prevent something like that from happening, take better care of your thanks. That way, no matter how long it's been, they will still be in great shape.

How Do Each of These Impact Your Home's Value?

Plus, on top of all of those things, we've got to think about your property value. So, at the end of the day, how are those determined?

Well, as funny as it sounds, it appears as though property value tends to be rather subjective.

Sure, you might not be willing to bid as much as someone else for such a property.

Nevertheless, as long as they are, none of that matters. To those ends, by improving your property, you can boost its value substantially.

Still, unless other people see the value, those investments won't yield much.

‍
Depending on the Area, Particular Fencing Might Boost It More:

‍
For the most part, location matters more than anything else when it comes to evaluating a home. If you happen to live in an area where property values are high, then even though your home is small, it would be worth quite a bit.

When improving such a property, even small additions can boost its value dramatically. On the other hand, imagine if you had grown up in a less desirable area.

As a result, such property improvements won't produce the same results. Even though your investments were the same, your returns wouldn't be equivalent. Still, despite being a bit less efficient, it's not as though such activity wouldn't be worthwhile.

‍
Generally Speaking, We'd Suggest Speaking With a Realtor From Your Area:

‍
Usually, unless you've been living in an area for a long time, property values won't make much sense. Sure, some places might appear as if they would be highly coveted. However, upon digging a bit deeper, you discover things aren't as valuable as they seem. So, to overcome such barriers, we would suggest speaking with a realtor.

Realtors have great experience in their local areas.

As a result of such experience, they've been a great resource for plenty of homeowners across the country. People who have been struggling to find answers grow friendly with their realtors.

Ultimately, it sounds as though most of the people who work with them seem to have good experiences. With so many things, speaking with someone experienced isn't the worst advice. Sure, you could try to wing things on yourself. And, even though you went with a plan, your results might yield something positive.

Yet, had you spoken with someone who knew the area, those results would have been guaranteed. So, if you'd rather not make any unnecessary risks, that would be one way to minimize them.

So far, we've covered a lot of ground. Should you find yourself a bit confused, that would not be abnormal. The presentation of so many options can be a bit overwhelming at times.

Anyway, to assuage any of those doubts, you'd be better off by speaking with several people. Most of the time, if you speak to someone trustworthy, they'll steer you straight.

Not to mention, they can offer an additional perspective.

In many instances, taking a step back yourself can be a tall order. However, for someone who hasn't been involved, it's relatively straightforward. By asking for their opinion, clarity might not be as far away as you supposed.

‍
Get Another Opinion:

‍
Besides, when you ask people for their opinion, they tend to give it to you. So, since you've got so little to lose, why wouldn't you ask them for it?

Well, unless they have some experience working with these things, such an opinion might not be worth all that much.

If that is the case, you could speak to a professional. Since they work in the industry, they'll have something more relevant to bring to the table.

Above All, Proper Maintenance Is Essential

Let's say you've gotten the fence installed. Once it is in the ground, how much more work could they be? Sure, you've got to clean them once in a while. However, what more could they require?

Well, if you'd like them to last for a long time, fences require a lot of maintenance.

In the end, without providing them all of it, they won't last long at all. Of course, depending on the type of fence in question, maintenance requirements differ. Still, regardless of the type, all of them need something.

Plus, Without Professional Installation, Nothing Is Guaranteed

Furthermore, when a professional is the one who installs your fence, those results speak for themselves. At the end of the day, even if you saved a bit of cash, better results are worthwhile.

So, for the most part, we'd steer clear of doing it yourself. Although it may not cost as much upfront, in the end, you'll lose out on a lot of potential value. Plus, for that matter, you'd have to develop an entirely new skillset.

Generally speaking, most people don't have the time for such an endeavor nowadays. So, to make the most of your time, spend it on more applicable things. Then, after completing all your research, let the pros take care of everything else.

Besides, by doing things this way, you'll have more time for yourself.

Instead of sweating away the day, you'll be enjoying how everything looks. Not to mention, since you didn't have to break your back, you'll have the energy to maintain them. Ultimately, from our perspective, that approach seems as though it would make the most sense.